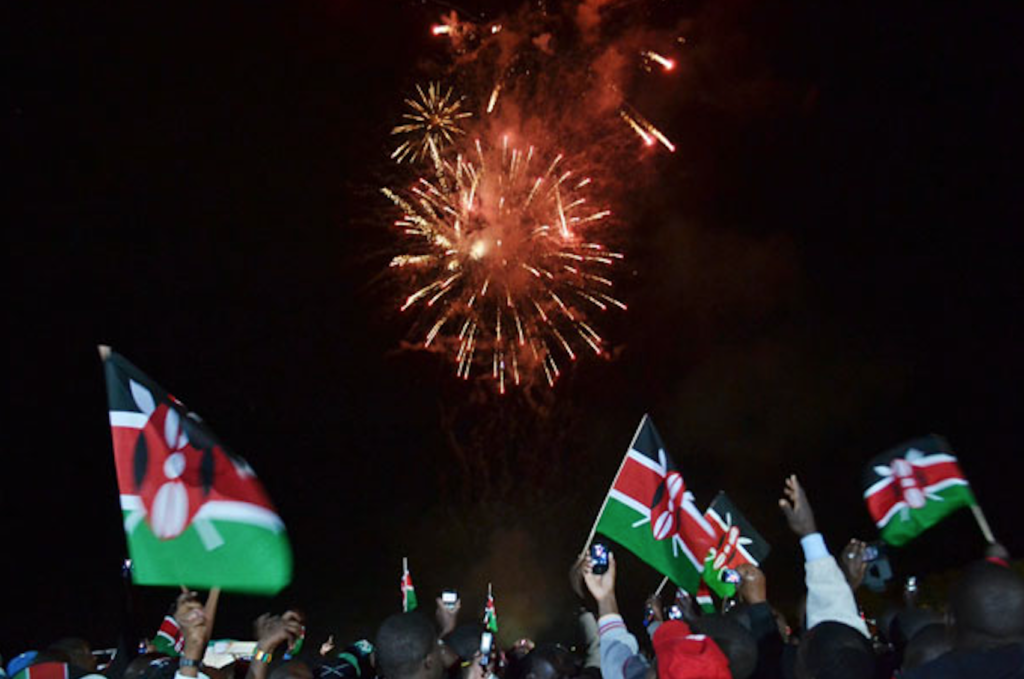 It has not been a good decade for political rights and civil liberties. Unpopular dictators under pressure to reform their political systems and relinquish office have responded by repressing dissidents and rivals, undermining their human rights.

The cumulative impact of these trends has been dramatic. According to Freedom House, an American think tank, 2015 was the tenth consecutive year in which global freedom declined.

Although this has been a global trend, many of the countries that are rated as being the “least free” by organisations such as Freedom House are African, including the Eritrea, Somalia, Sudan, Equatorial Guinea and the Central African Republic. In countries such these, protecting human rights is a daily battle and a risky one. It is estimated that every year around 200 people die campaigning for human rights around the world.

The situation in Kenya is not as problematic as it is in some of these countries, but serious challenges remain. Over the last few years there have been cases in which lawyers and activists seeking to investigate human rights abuses have been attacked and intimidated, and in some cases killed. Despite this, many brave Kenyans continue to strive for justice and to protect marginalised individuals and communities. On 9 December 2016 – the eve of International Human Rights Day – a ceremony was held in Nairobi to recognise their work and honour their sacrifice.

Much of the work done by human rights defenders occurs “under the radar” because grassroots lawyers and activists know that the more they talk about what they do, the greater the risk to themselves and those they work with.

As a result, many of their sacrifices go unnoticed. While this kind of anonymity can help to shield human rights defenders from attack, it is also places them in a vulnerable position.

Working out of sight of the media and many of their fellow citizens means when human rights defenders are attacked they may not be connected to the kinds of domestic and international networks that could protect them and their organisations.

This is often particularly true in rural areas, in which lawyers and activists are often more isolated.

As a result, human rights defenders are some of the most vulnerable figures within Kenyan civil society. In the last two years alone, a number of lawyers and activists have been killed without anyone being held accountable — so far at least — including Willie Kimani, Wanyama Wanyonyi, and John Wareru.

According to Mr Kamau Ngugi, Executive Director of the National Coalition of Human Rights Defenders – Kenya, the Awards “honour the extraordinary work of HRDs in the promotion and protection of human rights; profile the work of HRDs and challenges they face as agents of social change and transformation; and, recognise and appreciate the human rights work of young and upcoming HRD in Kenya and enhance the safety and protection of all HRD in Kenya.”

Recognising the great breadth and range of activity in this area, three different awards were set up to cover newcomers, established activists, and those who have devoted their lives to the struggle.

Across all three categories, the experiences of the nominees demonstrate the remarkable bravery and self-sacrifice of ordinary Kenyans. It also highlights the many challenges that remain in terms of ensuring people who have suffered land grabbing, discrimination, and unfair treatment from the police and security forces are able to secure redress.

Take the four people nominated for the Upcoming Human Rights Defender of the year award. Mr Chacha Mwita from Nairobi has provided free legal aid clinics in prisons and supports victims of torture and extra judicial killings, working to correct deficiencies in the legal system. Another nominee, Mr Ishmael Bahati from Mombasa, has also worked to enable historically marginalised groups to access the support and assistance they need in his home area.

In a similar vein, Mr Michael Oyugi from Kilifi dedicates his time to empowering young girls to understand their rights and was part of a team that advocated for the closure of Kenya Metal refinery a smelting plant whose emissions led to lead poisoning of the surrounding community.

Finally, the winner, Brizan Okollan from Turkana, was honoured for his work in establishing a human rights advocacy group and a drop-in centre for the members of marginalised communities in his areas, helping to reduce the prospects for political unrest in a part of Kenyan that many people fear may suffer serious instability in the run up to the 2017 elections.

Many of these younger activists have already suffered personal threats and economic difficulties as a result of their work — a theme that comes out even more strongly when it comes to the nominees for the Human Rights Defender of the year 2016. For example, Mr Kimani Waweru Paul from Nairobi has achieved real results leading to the arrest and prosecution of county askaris responsible for the abuse and in some cases execution of hawkers.

However, this has also led to fresh threats and intimidation directed at himself and his friends. Similarly, Ms Ann Resiano from Laikipia, Ms Habiba Isaack from Mandera, Ms Jaqueline Namuye from Busia, and Ms Rahma Wako from Nairobi were all nominated for their efforts to protect women against various forms of violence, and have made great sacrifices in order to carry out their important work.

This is perfectly illustrated by the experience of Wako, who won the award for her remarkable bravery and commitment. Having been left behind by a husband she was forced to marry at the age of thirteen, Rahma was once evicted from her community but this has not prevented her from standing up for the rights of women.

It is important to realise the sacrifices made by human rights defenders do not just benefit the people they are working with directly. They also improve the lives of people they have never met by forcing the government and the security forces to work within the law and to treat people with greater respect.

At the same time, they push forward important processes that, over time, have contributed to a more inclusive and democratic political system.

This point is well illustrated by the four individuals nominated for the Munir Mazrui Lifetime Achievement Award, many of whom will be well known to Kenyans and all of whom have played a high profile role in the struggle for democracy over the last three decades.

Mr Davinder Lamba is the Executive Director of Mazingira Institute and served on the Commission of Inquiry for Illegal/Irregular Allocation of Public Land. In the mid 1990s, he participated in the formation the National Convention Executive Council (NCEC), one of the social movements that led the struggle for pro-democracy and constitutional reforms.

In a similar vein, Rev Timothy Njoya is a leading member of the Presbyterian Church of East Africa with three decades of experience in the human rights community. In the 1990s he frequently defied the government to campaign for constitutional reform, receiving verbal and physical attacks for his efforts to drive forward the democratization process.

For her part, Ms Zarina Patel is an environmental and human rights campaigned and one of the editors in chief of the AwaaZ magazine. She is known for having saved the Jeevanjee Gardens in Nairobi from land grabbers in 1991 and was one of the founding members of the Ufungamano initiative for Constitutional Change in Kenya.

Finally, the late Wangari Muta Maathai was an environmental and political activist who founded the Greenbelt Movement in 1977 to champion for environmental rights and support conservation work across Kenya. In 2004, she became the first African woman to win the Nobel Prize for “her contribution to sustainable development, democracy and peace”.

Such is the contribution made by these individuals, the selection panel decided to acknowledge all four of them and to award the prize jointly. In doing so, it recognised that without the efforts of campaigners like Lamba, Njoya, Patel and Maathai it is unlikely that Kenya would have such a competitive political system, open media, and impressive new constitution.

Thus, protecting and honouring human rights defenders is not just in the interests of the lawyers and activists themselves, but of all Kenyans who aspire to live under a “government based on the essential values of human rights, equality, freedom, democracy, social justice and the rule of law”.

11 Shares
Share11
Tweet
Email
WhatsApp
← GALCK Statement: Your Safety is Important to UsKey Population Consortium Analysis & Conclusion on Use of Biometrics in IBBS in Kenya →