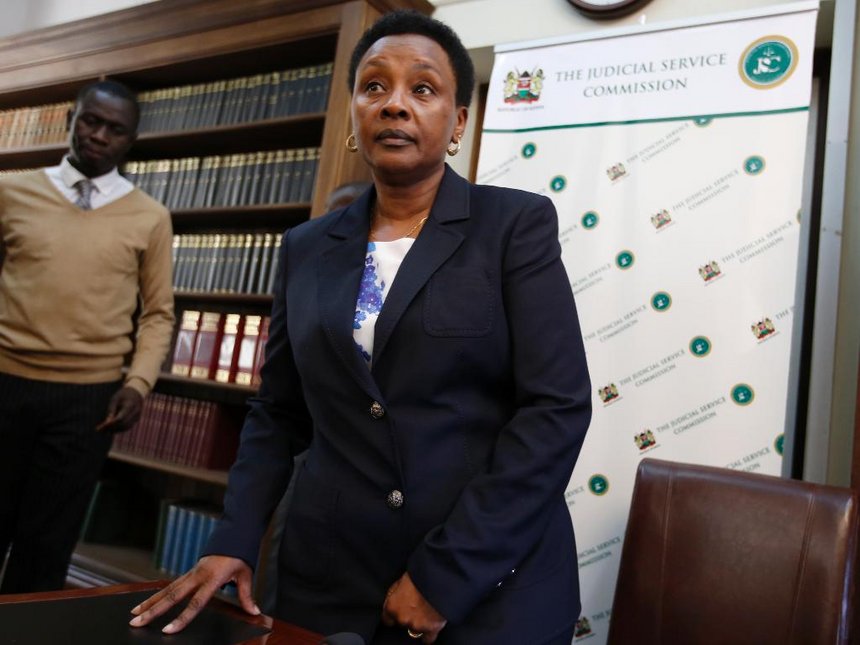 Deputy Chief Justice nominee Philomena Mwilu has said the rights of gay people are protected though same sex marriages are outlawed by the constitution. Mwilu told the National Assembly Justice and Legal Affairs Committee, during her vetting on Tuesday, that gay people have freedom of choice.

Mwilu also tackled the issue of injunctions which the Executive, led by President Uhuru Kenyatta, has accused the judiciary of using to frustrate development. She argued that all cases on injunctions must be handled independently and issued on the basis of merit.

“The independence of a judge’s decisions cannot be touched but I would encourage them to hear cases on merit. No judge, not even the Chief Justice, can interfere with the independence of another judge,” Mwilu told the MPs. She added that there must be conscious effort for all arms of government to cooperate and consult on all matters affecting the public.

“The judiciary is independent in its mandate but it must have constructive interdependence with other arms,” said Mwilu. On what she will do if she becomes DCJ, she said her priority will be to ensure the judiciary has a conducive working environment for judges. “We have a performance programme in the judiciary. We are going to be strengthening what has already been established,” she said.