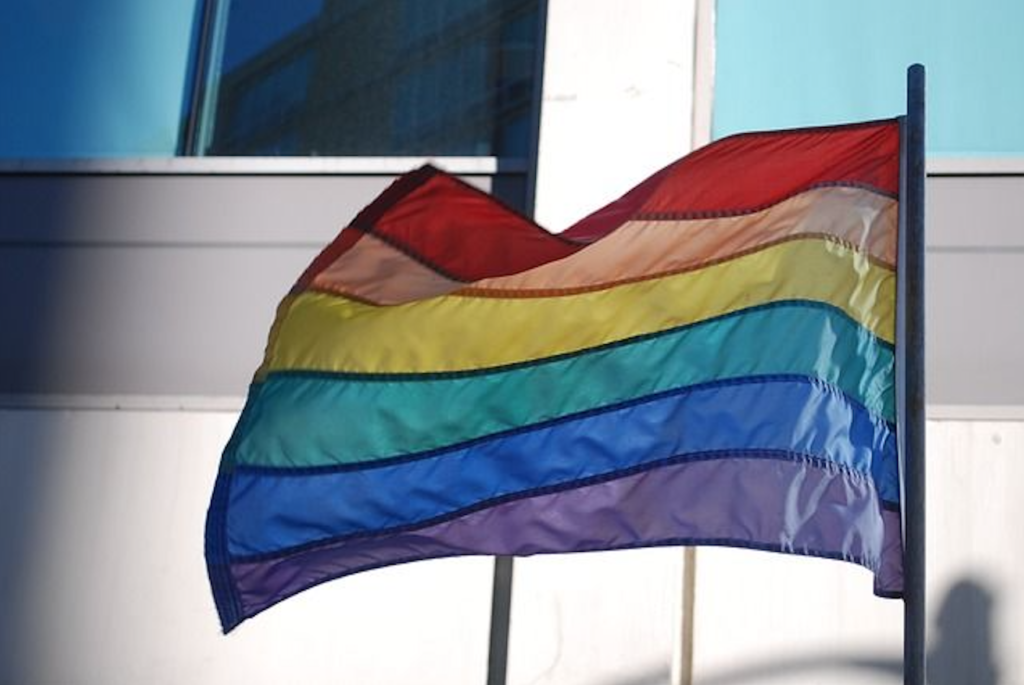 My friend and I went to buy a dress for me. We met in town and after 20 minutes, we found a stall with dresses she liked. I tried on a couple of them and finally settled on a ‘girly’ one. Then the time came to agree on the price with the (male) shop attendant. I jokingly told the attendant (let’s call him Mike) that my friend was my ‘sponsor’ and, therefore, she would be the one paying for the dress. He slowly turned around and looked at her, then turned back and asked me if I was serious that she was my ‘sponsor’, which he had taken to mean ‘girlfriend’.

From the look on his face, you could tell that he was very surprised. I decided to play along and see how it would turn out. I told him we were a couple and very serious about our relationship. He then turned to my pal, who had not been paying attention to our conversation. He asked her if indeed we were in a relationship. She quickly caught up on the conversation and replied in the affirmative. Mike got excited and called his partner (let’s call him Ben) in the shop to tell him about the ‘lesbians’ buying a dress.

After negotiating the price for a while, Mike and Ben stepped out to check on something. One minute later, a young man came into the shop and fussed around with one of the boxes where some dresses had been kept. He left with without carrying anything. 30 seconds later, another man did the same and left without anything. By the time the 5th man had done this routine, we realized the men were shop attendants in the mall.  They were just coming to the shop to see the ‘lesbian couple’.

Ben and Mike finally got back and began the questions.

“Who is the man in the relationship?”

“Who will carry the pregnancy if you want a baby?”

“And who will be the father of your child?”

“Can I be the father of your child?”

My pal and I answered all the questions with civility to the best of our ability, even though I was becoming increasingly annoyed. This was especially because of the background of my work.

I work with the Kenya Legal and Ethical Issues Network on HIV &AIDS (KELIN). KELIN is an NGO that works to ensure that human rights, principles, and standards are integrated into policies, laws, and regulations that regulate the health sector. Kelin has a diverse clientele. One of the thematic areas, key and affected populations, works with groups of people who are 10-20 times more likely to become infected by HIV & TB than the rest of the population. These key populations include sex workers, Lesbian, Gay, Bisexual, Transgender, and Queer (LGBQ), and people who use drugs.

In Kenya, there are laws, regulations, and policies in place that stringently restrict access to health and legal services for these groups. I have participated in trainings and conferences with the LGBTI community organized by the team at KELIN. I thought I completely understood their plight but since the shopping incident, I have realized I don’t!

Sex workers face social stigma that in turn causes self-stigma. A sex worker going through self-stigma sees herself as the problem that society portrays her to be. She will therefore shy away from seeking medical assistance, accessing Antiretroviral Therapy (ARVs) if she is HIV positive and reporting abusive clients to the police. They live in fear of violence from either their clients, or the law enforcement officers (who are supposed to protect them!)

KEY POPULATIONS ARE GROUPS THAT EXPERIENCE BOTH INCREASED IMPACT FROM ONE OF THE DISEASES (LIKE HIV) AND DECREASED ACCESS TO SERVICES (LIKE HEALTH). (THE STAR NEWSPAPER)

Many circumstances lead to drug use including stress, poverty, and influence by peers or adults in one’s life. Once a person is hooked to heroin, it is very hard to quit. Injecting drug users, especially in the slums, share needles and will do anything for a ‘quick hit’, which increases their risk of contracting HIV.

Some NGOs have harm reduction outreach workers who provide clean needles and syringes to the users. They also provide condoms to reduce the chance of contracting HIV among the users. In addition, they provide HIV and hepatitis screening and ARVs for those on Medical Assisted Therapy (MAT) treatment. By law, having and carrying what is referred to as drug paraphernalia and being in what is considered a ‘den’ where drug users gather is a crime. Therefore, these harm reduction workers risk arrest for distributing clean needles and syringes and going to the places drug users buy and use the drugs.

The MSM community faces social and self-stigma too. Once a person of male form comes out to declare they are attracted to men or the male form,  they risk prejudice, hostility, and discrimination.  They stand a risk of rejection by family and friends, violence and insults from outsiders, and being thrown out of learning institutions, among other negative consequences.

What irritated me the most from my interaction with the shop attendants was the question about who would carry the baby and the constant staring by the other shop attendants?

Here is my point. Being part of the Key Populations is difficult enough as it is. There are many sensitive issues around sex workers, drug users and the MSM community. They include legal, ethical, moral, and religious issues, and societal norms among others. What matters to me is that you remember they are human beings whether their activities, in your opinion, are good or bad, forbidden or accepted.

Before judging the sex worker, remember she is someone’s daughter or a mother to a young child who is waiting for breakfast at home so he or she can go to school. While staring at that drug user who is hit by a bicycle while crossing the street in a daze, remember his mother or brother is (out) somewhere looking for him because he is family. While you may have some very personal judgments for that lesbian couple you just met, remember to respect their privacy as individuals. Meeting a gay person does not entitle you to ask invasive questions about their personal lives that you would not ask your family members.

Do you know what surprised the shop attendants the most? That my pal is a lawyer and I am an accountant. It is as if by being a lesbian, one is not entitled to a career!

We must treat all people with dignity. As human beings, what separates us from animals is free will and intellect. Use them!

I am not saying you change your strong beliefs in what is morally upright and what is not. I am not trying to change your religious standing. On the contrary, what I am asking is that you remember to be humane. That as you judge me on the dress and makeup I like to wear (as a man), or my job description, or the drug habit I stumbled on and can’t seem to be able to kick, please remember I am a human being and do me no harm. That I am a human being with emotions just like yours, and they do get hurt. You may not agree with my choices or how I choose to live my life but please Respect Me!