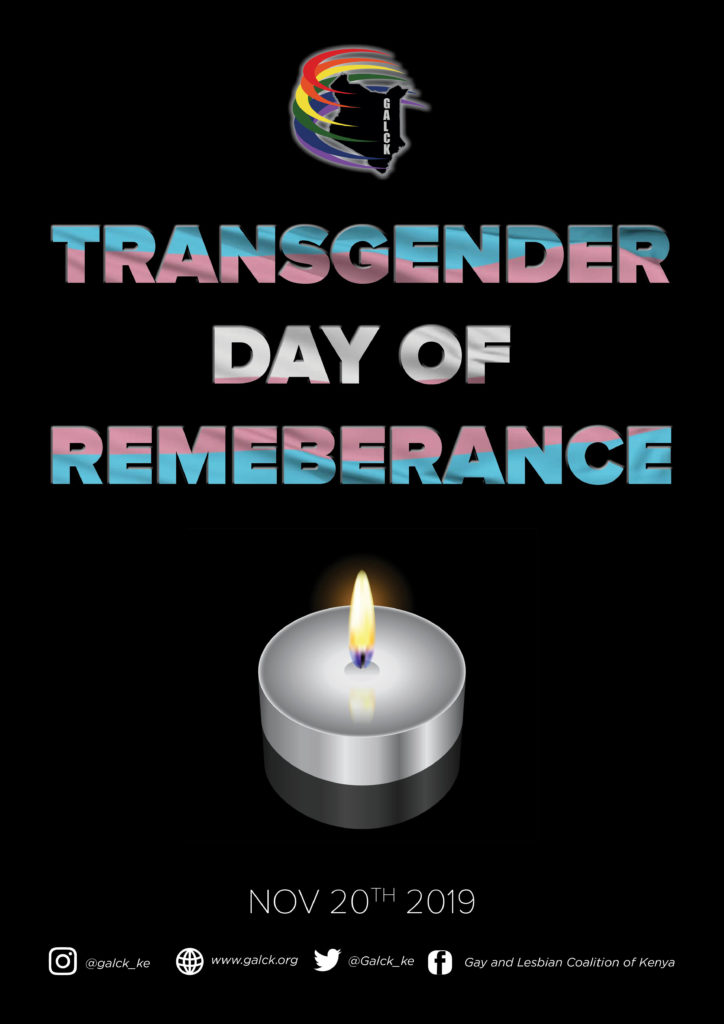 The Gay and Lesbian Coalition of Kenya stands in solidarity with the Transgender community in Kenya and around the world.

There have been more than 1000 trans and gender non-conforming people who have been murdered globally since 2016, majority of whom were black transgender individuals. According to the Are We Doing Alright Study report, a staggering 71% of Transgender and Gender non-conforming persons in Kenya have experienced verbal harassment in their lifetime and 52% more than half of whom are Transgender women, have survived sexual violence. Unemployment, forceful evictions, poverty, denial of basic and health services continue to contribute towards the physical and mental health struggles that transgender persons navigate on a daily basis.

The Constitution of Kenya Article 27 (4 &5) guarantee every Kenyan including Transgender persons, the right to equality and freedom from discrimination. Violence towards transgender persons is fueled by hate and exacerbated by the sections 162 a) & c) and 165 of the Penal Code of Kenya, whose existence creates a misguided perception that gender minorities are criminalized.

Transgender persons are a part of our society and deserve to be treated with dignity and respect. We call upon the members of the LGBQ+ community, partners and allies to stand and speak against transphobia. We urge the Government of Kenya to safeguard the rights and freedoms of transgender persons by adopting and enacting an Equality and Non-Discrimination Law affording protection to all Kenyans regardless of their sexual orientation, gender identity or gender expression.