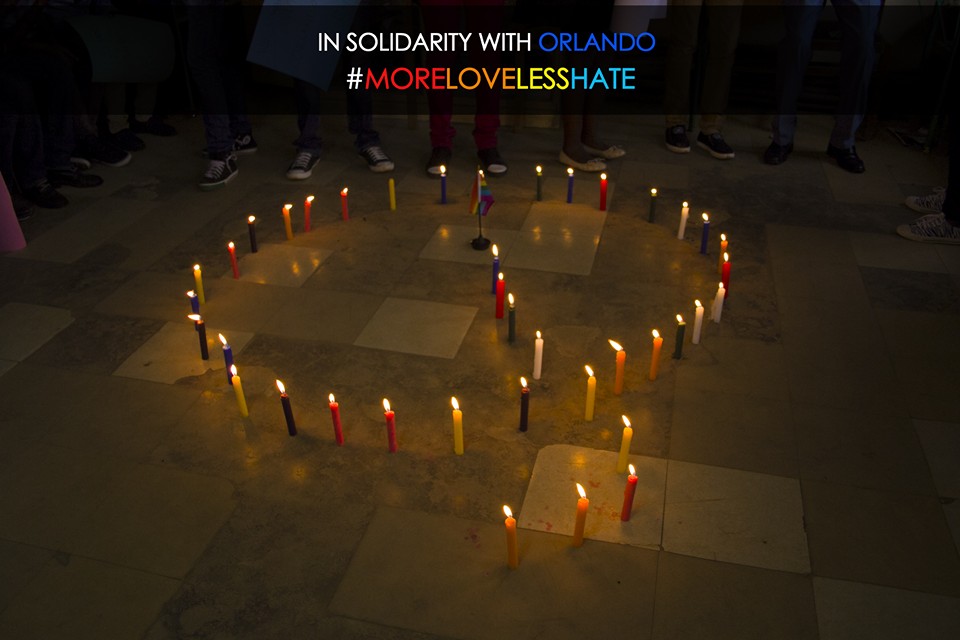 On the morning of Sunday 12th June 2016, the world woke up to the tragic news that a gunman had opened fire and killed 50 people and left dozens of others severely injured at the Pulse nightclub in Orlando, Florida.

Acts of hatred and violence are not unfamiliar to the Sexual Orientation, Gender Identity and Expression (SOGIE) community across the globe. We have always been on the receiving end of extremists, bigots and misogynistic rhetoric and slurs from all backgrounds and while we have lost our loved ones, our jobs, our homes, and our livelihood to acts of hatred, intolerance and violence, we remain steadfast in our resolve towards a safe and enabling environment for all SOGIE.

The news of the attack in Orlando inspired a variety of thoughts, feelings and opinions among Kenyans. Though many took to social media to spread hate and celebrate the tragic demise of innocent lives, GALCK member organizations, partners, friends and allies joined the global rainbow community, standing in solidarity with Orlando. Here in Nairobi, the American Ambassador to Kenya Robert F. Godec joined LGBQ activists in a vigil for Orlando condemning all forms of hatred and violence, whether based on sexuality, gender, religion or ethnicity.

“I respect fundamental human rights for all people regardless of their health status, religion, sexuality, identity, expression or whatever else they are! I believe in a just system!
I believe in life! I believe in living and letting others live.”

“In Solidarity with Orlando” #MoreLoveLessHate

“Queers of Orlando, Queers of Nairobi, Queers all over the world”

As the National SOGIE coalition in Kenya, we stand with those in Orlando and we stand with all who aspire to the fundamental claim that “all human beings are born free and equal, in dignity and rights”.